Are you into rare toys? Do you know the rarest and most treasured Vaulted Dragon Z Ball Funko Pops? If you don’t, today is your lucky day! First of all, you need to know that Funko is a thing of great hype and mystique in the world of collectibles.

You see, once Funko takes an item out of production for good, it becomes ‘vaulted,’ meaning they will never make it again. This move increases the item’s demand among collectors.

Dragon Ball is arguably the most famous Japanese anime with numerous fans from around the globe. That explains why Funko released many Dragon Ball Funko Pops.

Fans usually encounter numerous characters in different forms, such as chase, exclusives, and vaulted ones. However, if you have a pop categorized as “Holy Grail” in your collection, you might have hit the jackpot! These are usually the rarest pops, almost impossible to find. They are also the most expensive.

Read on to find out 10 Vaulted Dragon Ball Z Funko Pops you should have. The main character in the Dragon Ball Z anime and manga series is now an outstanding pop. Goku is a Saiyan whose original mission on Earth was to destroy it. However, he got a head injury at an early age that rid him of his original destructive nature. Goku grew up to become the Earth’s number one defender. He continually trains to be the best warrior possible who has helped keep the Earth and the entire universe safe from destruction.

The Ss Goku Metallic stands three ¾ inches tall. The metallic gold hair glows in the dark. Other parts that glow include the eyes, eyebrows, and Power UP Base. Moreover, it is an exclusive Loot Anime of May 2016.

“I’m the Saiyan who came all the way from Earth for the sole purpose of beating you. I am the warrior you’ve heard of in the legends, pure of heart and awakened by fury – that’s what I am. I AM THE SUPER SAIYAN! SON GOKU!”

In the Tournament of Power clash with Kefla, Goku displayed high-level skill, style, speed, and power. He countered Kefla’s ultimate attack using his Ultra Instinct form, leaping over the energy blast and hitting Kefla from close range and eliminating her in one swoop. What makes the scene memorable is the power, huge surprise, and just how remarkable it looked. 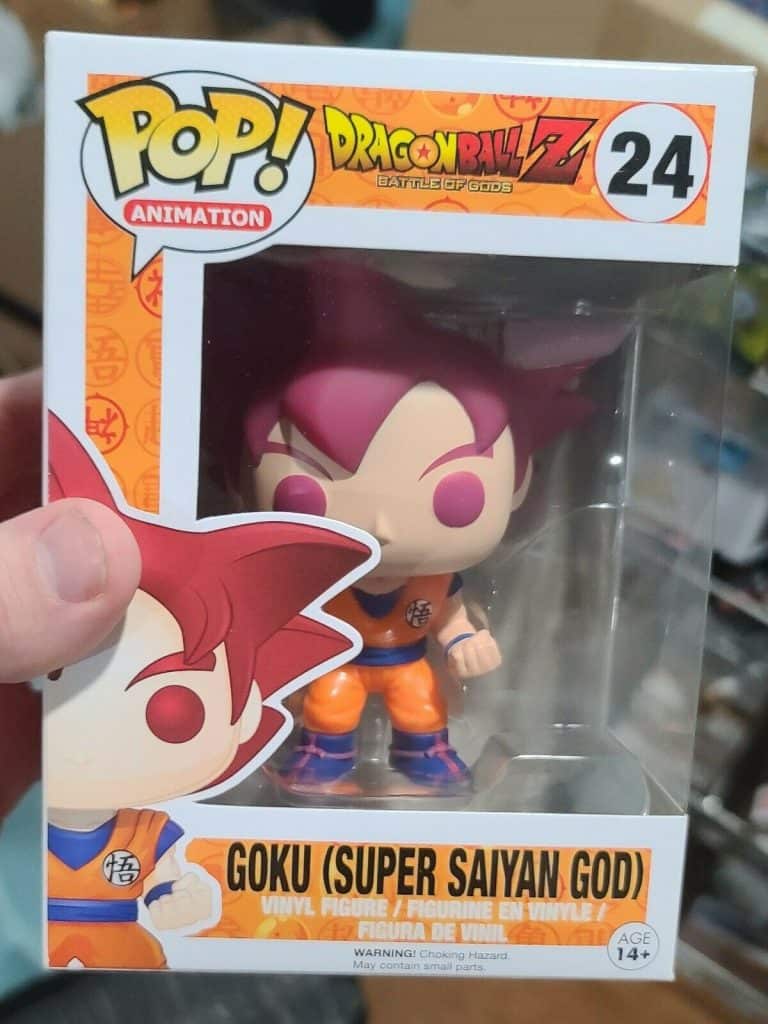 “You are going down! I doubt I’ll even have to use Kaio-ken against you.” – Goku towards Nappa in “Farewell, Piccolo! Goku’s Furious Counterattack!”

An excellent Goku Funko Pop while he’s in his god version. His hair is entirely red together with the eyes. It comes in a classic uniform bearing the sign of the turtle. His position is an original move of the initial episodes of the series. It was a FUNimation exclusive, and its collection number is #24. It is a rare Dragon Ball Z Funko Pop every collector would relish having.

The Pop! It commemorates the release of Dragon Ball Z: Battle of God’s launch. It is EXCLUSIVE to FUNimation.com and is available for a limited period.

In the Saiyan Saga, Raditz, Goku’s older brother, kidnaps Gohan and gives Goku a request to kill one hundred humans in 24 hours, or Raditz will kill Gohan. When things become challenging, Goku sacrifices himself by holding Raditz in place for Piccolo to destroy him with a powerful Special Beam Cannon that kills them both. 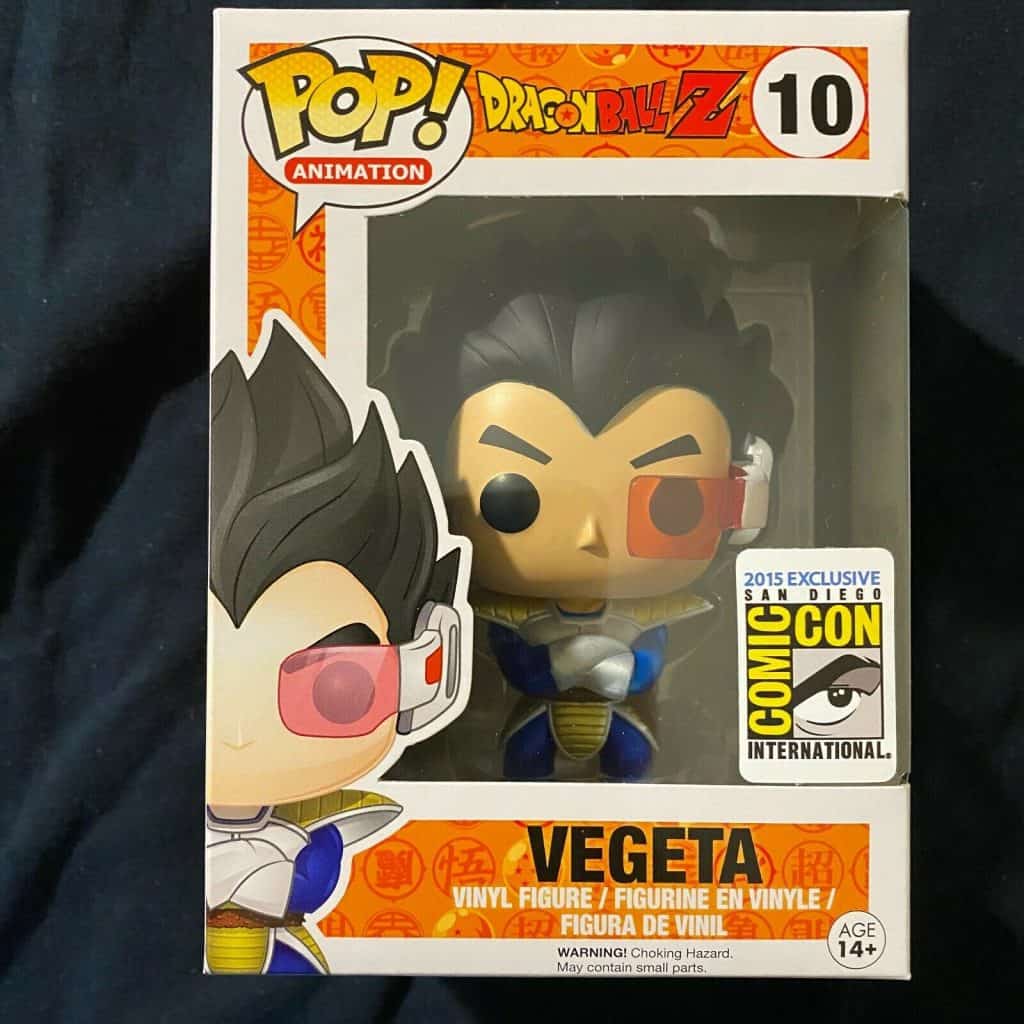 Vegeta comes out as stubborn and full of pride in Dragon Ball Z. but, you can tell that he is a likable character as he still manages to be an exciting personality and a force to reckon with in the entire series.

Some instances might have cheapened his character, like the scene where Goku stole his thunder and defeated him. But, there are also other brilliant moments. His character’s highlight is when he powered up into an Ascended Super Saiyan Blue form with ease.

“Now I’ll show you the wall that you can never scale with “hard work” alone…” – Vegeta mocking Goku before their battle.

Vegeta and Goku couldn’t match Broly’s remarkable strength. They went to Piccolo for training to learn the fusion dance; they got it wrong multiple times before finally mastering it. 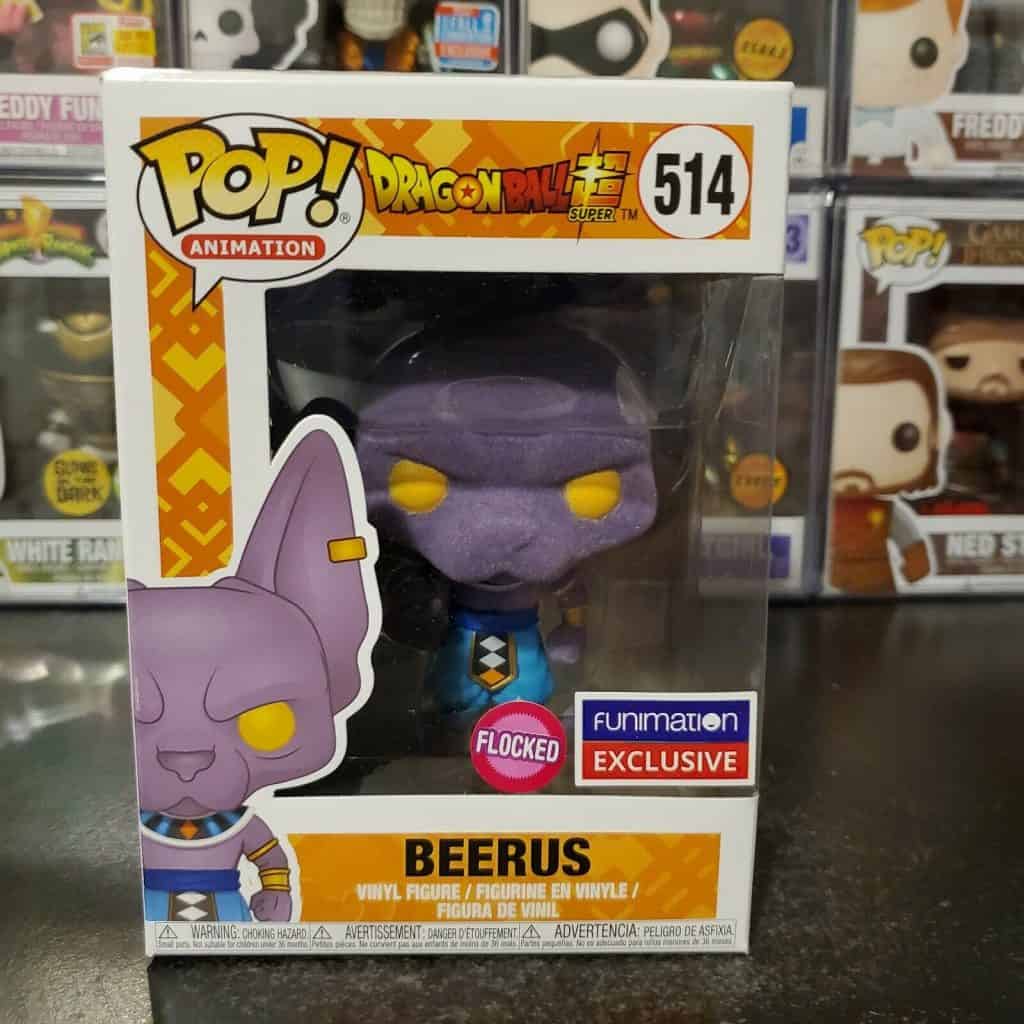 “Nobody who trumpets justice is ever righteous themselves.” – Beerus is highlighting the hypocrisy of Goku Black.

Beerus remains one of the most exciting and captivating characters the Z warriors came up against to that point. At first, he appeared to be the most potent enemy the Z warriors had faced. His position as a Destroyer God made his role very intriguing.

The anime’s ultimate goal is to set up Goku to emerge as one of the most vital individuals in all the universes.

Goku and Vegeta’s training with Whis awakens Beerus in annoyance. He fires a ki blast close to them in disappointment and shocks them with his power.

This form has the Aura of a God. It lets the user sense and possesses godly ki. The godly techniques displayed by this form include absorbing and nullifying enemy attacks after making contact. It also uses its aura to paralyze foes and self-heal.

Goku’s battle with Beerus in Dragon Ball Super is such a memorable moment. The “god of destruction” punctured Goku’s chest, but his Super Saiyan God aura healed him. Once stabbed on the same spot by Goku Black, his Super Saiyan Blue aura was not enough to heal him. 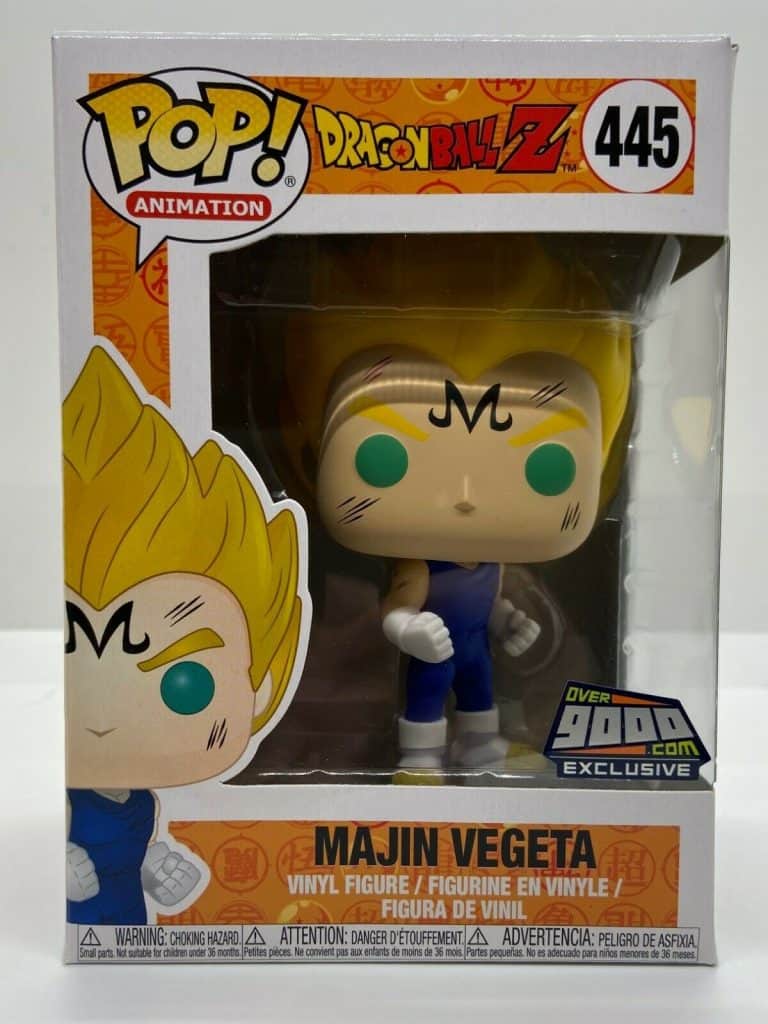 “Fine, Kakarot, you are the mightiest Saiyan, I’ve admitted that much. At least for now. But don’t you dare think that this is over. I won’t let you keep me in second place forever, feeding on the scraps of your glory.” – Vegeta in “To the Promised Resort! Vegeta Takes a Family Trip!”

The Majin form is Vegeta’s most robust transformation. Vegeta is known as a prince in the Saiyan race. He came out as merciless, obliterating and subjugating whole planets on behalf of Frieza, the interstellar oppressor.

Majin Vegeta was the most potent form taken on by the Saiyan Prince in the entire series. His body was paler and had unnatural power while transformed by Babidi. Even though Dragon Ball introduced other powerful forms of Vegeta, Majin remains Vegeta’s pinnacle of power.

Majin Vegeta took on Majin Buu. He held the upper hand in the duel until Buu became more serious. Vegeta wanted to make the same heroic sacrifice Goku made when fighting Cell. Vegeta killed himself in a failed attempt to destroy Buu. 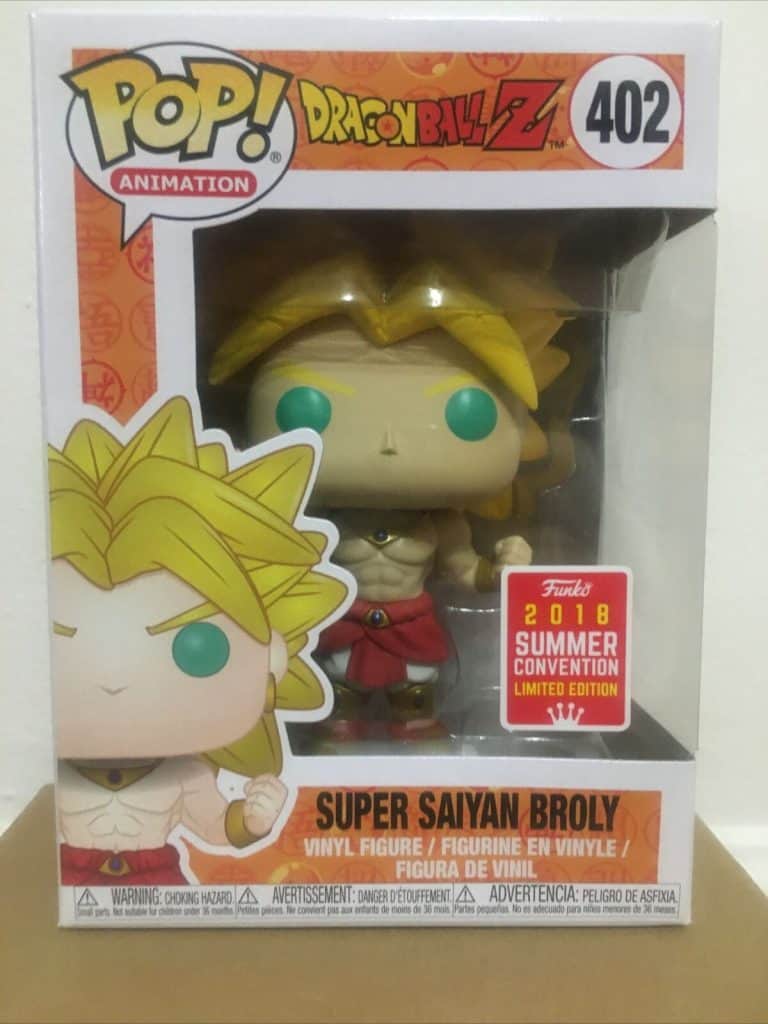 “Haha! No matter how much power you absorb from these idiots, it won’t be enough to kill me!” – Broly to Goku when Goku absorbed energy from the Z fighters.

It is interesting to note that Broly managed a form that Goku has never managed. The term “Legendary Super Saiyan” refers to a particular form and not an individual character. When the two came up against each other, Broly beat Goku thoroughly, causing him to retreat.

The battle between Broly and Gogeta was interesting. There was a moment in the fight’s conclusion where it seemed as if Gogeta was moments away from giving Broly the killing blow. However, Broly was dragged away with the Dragon Balls just in time. Fans will never know if the blow would have been sufficient to put down the beast. 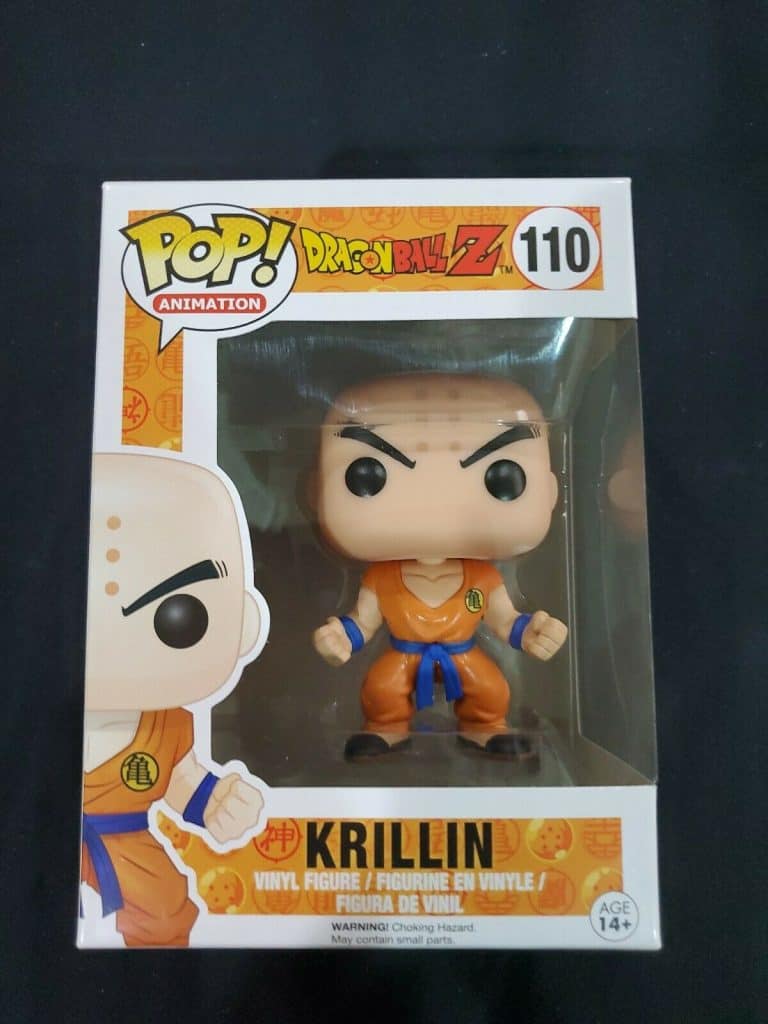 Krillin lags in the power levels as the more rigid pure-blooded humans in the DragonBall series. He started as selfish and disrespectful but later turned into a more generous and kind-hearted character.

Despite not having a visible nose, he seems to have the ability to smell until someone mentions it. For instance, he smells the trap meal in the Mirror spaceship. Akira Toriyama revealed that Krilin possesses a peculiarity that allows him to breathe from his skin. Another interesting fact is that Krillin is not naturally bald but usually shaves his head because of his monastic training.

Krillin arrives at the scene where Piccolo and Goku overcame Raditz. He goes to Goku’s side as he is dying and watches his body vanish. Goku’s death causes a lot of anguish for Krillin, who screams in sadness. 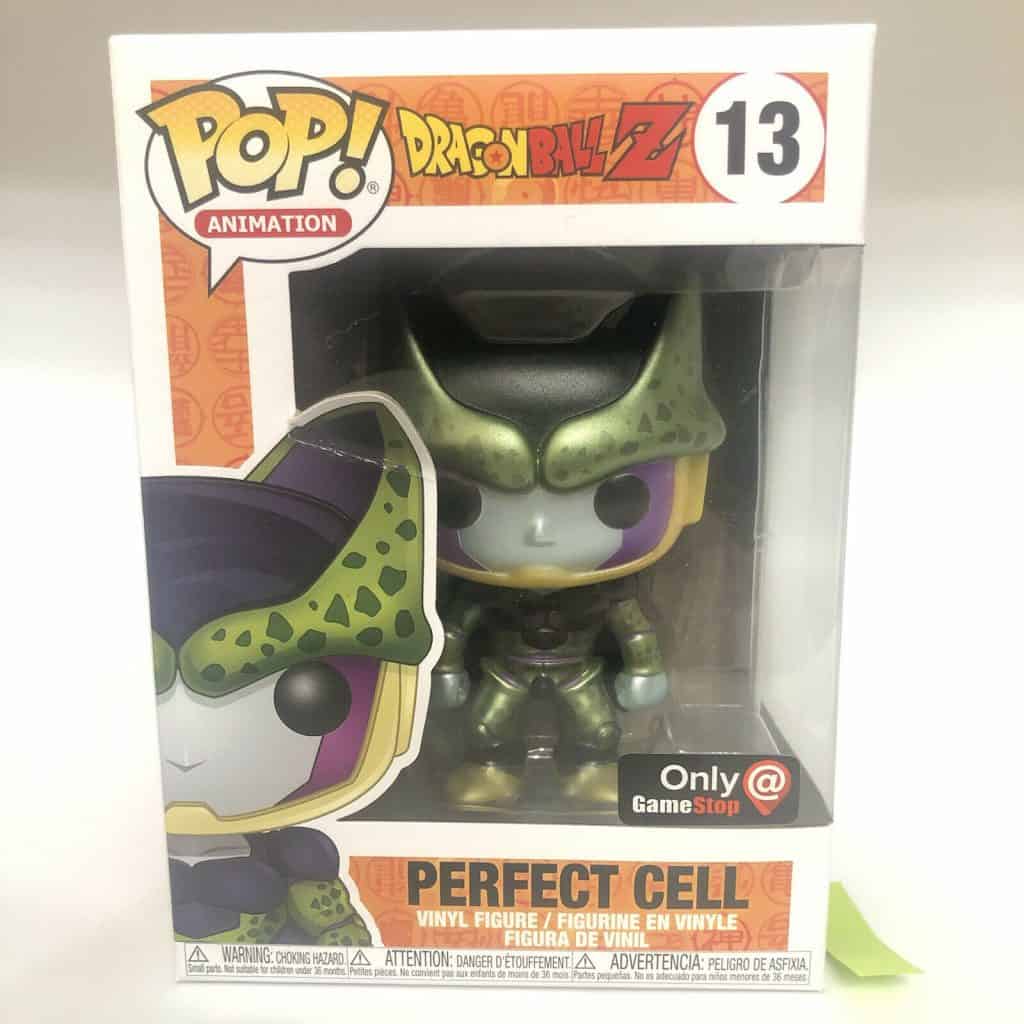 “You fool! Don’t you realize you’re up against the perfect weapon?!” – Cell in Save the World

Cell, also known as Android 21, is the main villain in the Cell saga. He is Dr. Gero’s ultimate creation, designed to have all the best fighters’ capabilities on Earth. Perfect Cell is the ultimate form of Cell. He is much more humanoid in this form and  the perfect weapon having many genetic characteristics and unique capabilities.

He has the cells of many of the fighters, including Frieza’s and his father’s. Also, he is the only Red Ribbon Android that did not have the Red Ribbon symbol on him at any point. Furthermore, he is one of the few Androids not created by Dr. Gero directly. 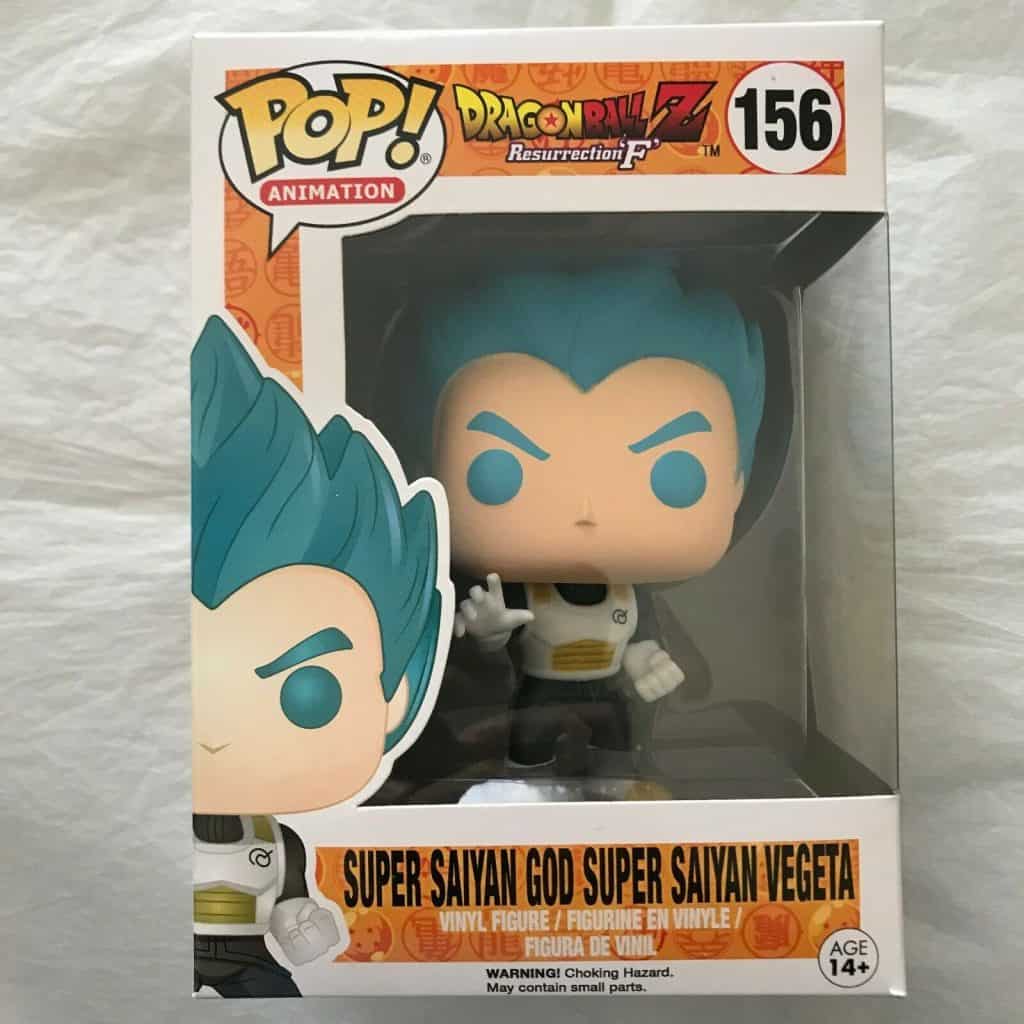 “Trunks….Bulma… I’m doing this for you…and yes, even for you, Kakarot!” – Vegeta when getting ready to sacrifice himself to get rid of Majin Buu.

Vegeta is mighty as a Super Saiyan God within the DragonBall universe. In this form, Vegeta is perhaps the second most potent Saiyan after Goku, although others think it could argue that. In this mode, Vegeta can reach more powerful levels than the previous Super Saiyan levels.

The battle between Broly and Vegeta is one to remember. Vegeta flies upward during the fight and transforms into a Super Saiyan God, giving him the upper hand. In the fight, Vegeta’s new form proves to be too much for Broly.

Why Vaulted Dragon Ball Z Pops Are Worth It

Did you find something you like? The items discussed in this guide are some of the rarest pops in the market due to being vaulted funko pops. If you happen to grab one when it is still available in the market, you could make a kill once it becomes very scarce!

Many of the figures are exclusive to particular retailers and are available for a limited time, making them hard to find.

Therefore, if you read Funko online price guides, you might be surprised to find a figure in your collection going for stacks of cash enough to buy a used car!