Funko Pop collectibles have received so much love and hate in the years they have been around. We wanted to dive into the reason behind why people hate funko pops so much and give in-depth examples as we look to understand further.

However, the Funko Pop phenomenon has taken the collectors’ world by storm. Collectors can find their favorite superheroes, TV, comic books, and movie characters in the form of these Japanese-style toys. The Pops! is at nearly all comic book stores, conventions, and online stores.

So, if Funko Pops! Are very popular, why all the hate? Read on to find out where this hate comes from and why it is ill-informed.

Where Does The Funko Pop Hate Originate From and Why?

Suppose you browse through different forums online like Reddit or Twitter, you will come across so much hate for Funko Pops! Have you ever wondered why people are so furious about other people’s hobbies? One Funko collector in one of the forums asked:

“Why is it your business what other people decide to spend their money on?” – Anonymous

That’s an excellent question. So, where does this hate originate from, and why?

Why Do People Hate Funko Pops?

After going through all the fan forums and other internet sources, here is why people hate Funko Pops!:

1. Figures are boring, ugly, and awful.

Some people hate Funko Pops! Because they believe they are ugly. One of the proprietors of the hate stated that:

“…Their little beady-ass eyes are disturbing and they are not even remotely cute!….” – Anonymous.

Are they? The beauty of the Pops! is not really on the outward “chibi” design only. Collectors appreciate the figurines because of the detailing. Every Funko Pop! usually captures all the signature features of a character that fans can identify with, making them exciting and appealing to the collectors. Therefore, if you don’t appreciate the character initially, you wouldn’t get it! 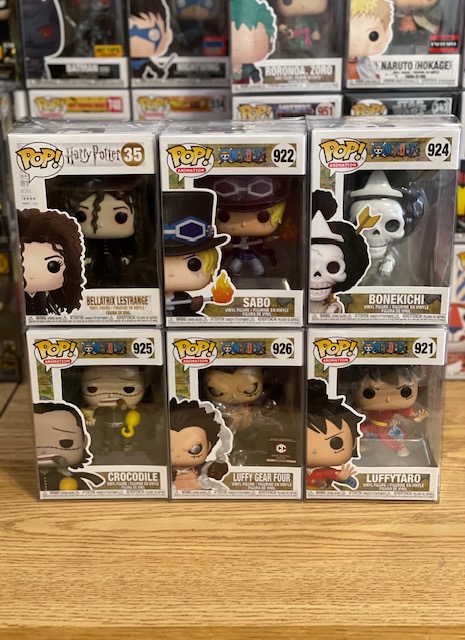 According to the critics, Funko Pops are vague and have generic designs that are identical apart from the paint job and accessories. One of the critics claimed that:

“The style makes them all too similar……causing any display you use them in to look boring.” – Anonymous.

However, Funko Pop! collectors view it differently. For collectors, the similar styling is one of the reasons they love Funko Pops!

For instance, if your collection has characters from different genres and art styles like live-action, 2D animation, or CGI, Funko Pop! styling ensures that you have a cohesive-looking collection. Also, despite the cohesive look, the figurines maintain the distinct look of their characters.

This feature also makes it possible to build a collection from hundreds of shows, movies, and video games.

Some people believe that Funko Pops! Are not worth anything.

“…I just don’t really like collecting a bunch of plastic stuff who’s only purpose is to be displayed.” – Anonymous.

Nothing could be further from the truth. You see, the value of Funko Pop! figurines is intrinsic. People pay for the Pops! Because of what they mean to them. For instance, some of the Pops become tied to some people’s special memories.

Remember years ago, when they said Pokemon collector cards were worthless, and now they are highly in-demand and worth millions.

It could be a show they used to watch as a family when they were young. So, the Pops! Help rekindle those childhood memories of great times spent with loved ones.

4. Funkos only appeal to kids and old ladies.

Some critics think that Funko Pops! have a fundamental design that would probably appeal only to old ladies and kids.

“Their designs are so basic, I don’t understand why anyone would spend money on them.” – Anonymous.

Well, when you look at the Funko Pop! collectors’ community, you will find people from different backgrounds and age groups having a great time collecting the Pop! Figures.

5. Pop Figures are too expensive.

One of the “haters” said this about the Pops:

“The price 15 USD is too much for a chunk of plastic which a lot of the time has minimal paint application.” – Anonymous.

While it is essential to respect the opinion of others, it is equally important to counter it with the truth.

So, what’s the truth?

Simply because a Funko Pop! figurine costs 15 USD does not mean that that’s its value. Everything is worth what someone would pay for it. For instance, if the price for a Pop! went up ten times to say 150 USD, some might think that’s even worse.

However, if a collector has intrinsic value and pays 150 USD for it, then that becomes its value at that moment. Moreover, waste of money is also relative to how much a person makes.

Pros vs. Cons: Funko has opportunities to grow with NFTs

If you are an enthusiastic collector, Funko Pops are worthwhile. People collect Funko Pops for different reasons: some do it as a business while others are just genuine collectors. What are the advantages of collecting Funko Pops?

Proof Funkos Are Here To Stay

You can rest assured that Funko Pops are not going anywhere anytime soon! They are becoming dominant in local stores as the stores increase the floor space dedicated to Pops, reducing and eliminating space allocated to other collectibles.

Moreover, Funko keeps getting licenses for new lines and has recently launched the Funko Pop! Movie Moments. All these points to the fact that Funkos are here to stay!

You decide on If You Like Funko Pops Or Not.

Don’t get it twisted! Critiquing something is not wrong! However, blindly hating something is not right at all. Funko is the type of company that truly listens to its audience and has built a community around its product. If you have opinions on how to improve these figures, you’ll be willing to listen.

You can also provide ideas for future pops, read more:  How To Suggest a Funko Pop to be Created

What makes the world a beautiful place is the divergent points of view. So, everyone is entitled to their opinion, including Funko Pop! collectors.

Should You Boil Your Funko Pops?

March 29, 2022
We use cookies to ensure that we give you the best experience on our website. If you continue to use this site we will assume that you are happy with it.YESPrivacy policy