If you are getting started as a Funko Pop collector, you might get confused by how the numbers on the box work. When you get your Funko Pop, you will notice a number on the top right corner. The numbers on funko pop boxes belong to a logical funko numbering system, informing collectors when a funko pop was released and produced.

In our comprehensive guide, you will discover how the numbering system works and what Funko Pop numbers mean. You will also learn why these numbers are essential to you as a collector.

What Do The Numbers Mean On Funko Pops?

Funko Pops are numbered in the order the set they belong to comes out. For example, Stranger Things are part of a Television Series. The Pops have numbers based on when the sets were released. As mentioned earlier, they release other sets within the same line before a second wave of the same Television Series is released. Therefore, there will be odd-looking numerical gaps in the numbering.

How Do The FUNKO POP Numbers Work?

Funko Pops are arguably the most sought-after collectibles, with around 20,000 different products put in a vast number of Pop Vinyl lines. The Pops are usually sold in a recognizable box, each having a number. Funko’s box changes colors from white to black and green to red; however, the box numbering system never fails.

How does the funko pop number system work? Typically the older Funko Pops have an earlier number within the Pop Vinyl line. The numbers can help or impede a collector based on their understanding of the numbering system.

Here are three details you must look for when analyzing the Funko Pops number:

For example, Chuck Norris belongs to the Movies category and has the number 673. So, on its box, the top left corner reads Pop! Movies then, the logo is Chuck Norris, and the number on the top right-hand corner is 673.

The Funko Pop numbers run like a series within each Pop Vinyl Line. Each pop belongs to a specific line and has a number in that line, usually the pop’s unique number. 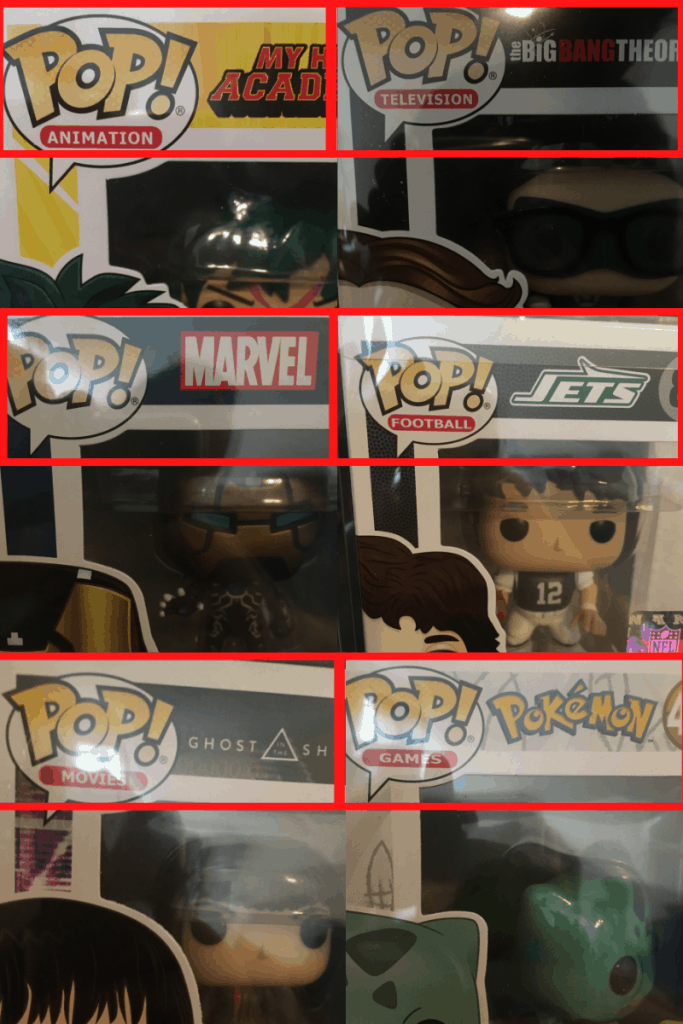 Here’s a list of the most common Pop Vinyl Lines:

You will also realize that several number sets within each line help keep each set of figures together. However, there are instances where the sets might come in different runs hence affecting the numbering.

Examples of how the FUNKO POP Numbering System 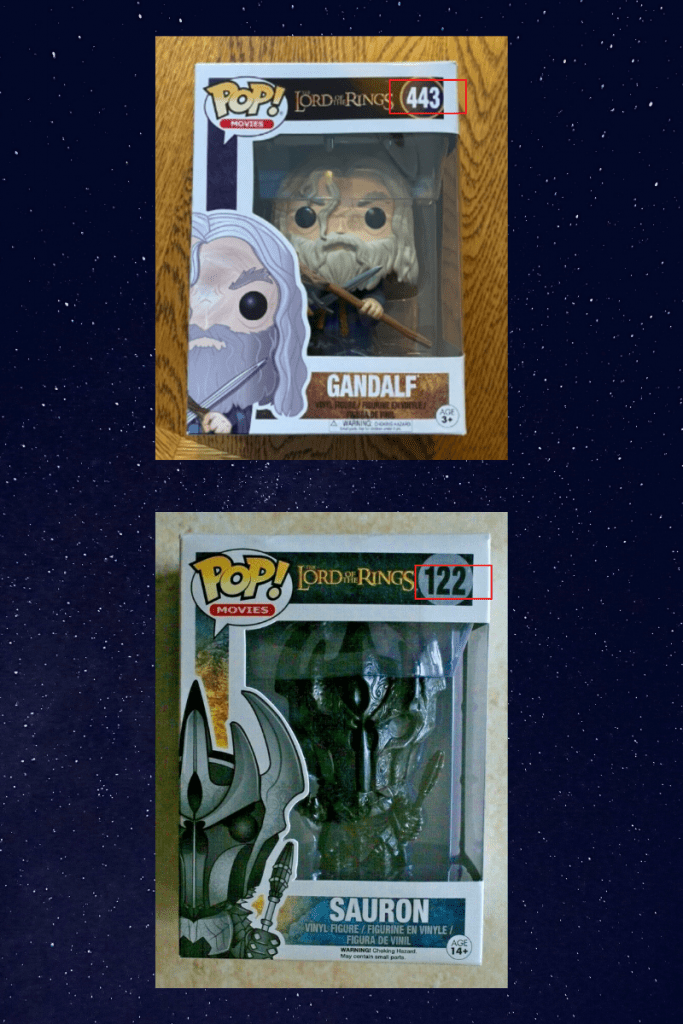 When you look at the Lord of Rings pops, there are several numbering gaps. It starts with 122, then jumps to 443 to 449, then jumps again to 528 to 535, and so on. It could be a little confusing, especially if you are a beginner. Several things could be happening between these different Lord of the Rings sets:

But, there are other Funko Pops that do not have a line on the box, including:

You can find more Pop Vinyl Lines listed at The Pop Shop Guide.

Can two pops have the same number in the funko numbering system?

Two different Pops can have the same number because they both belong to other Pop Vinyl lines. 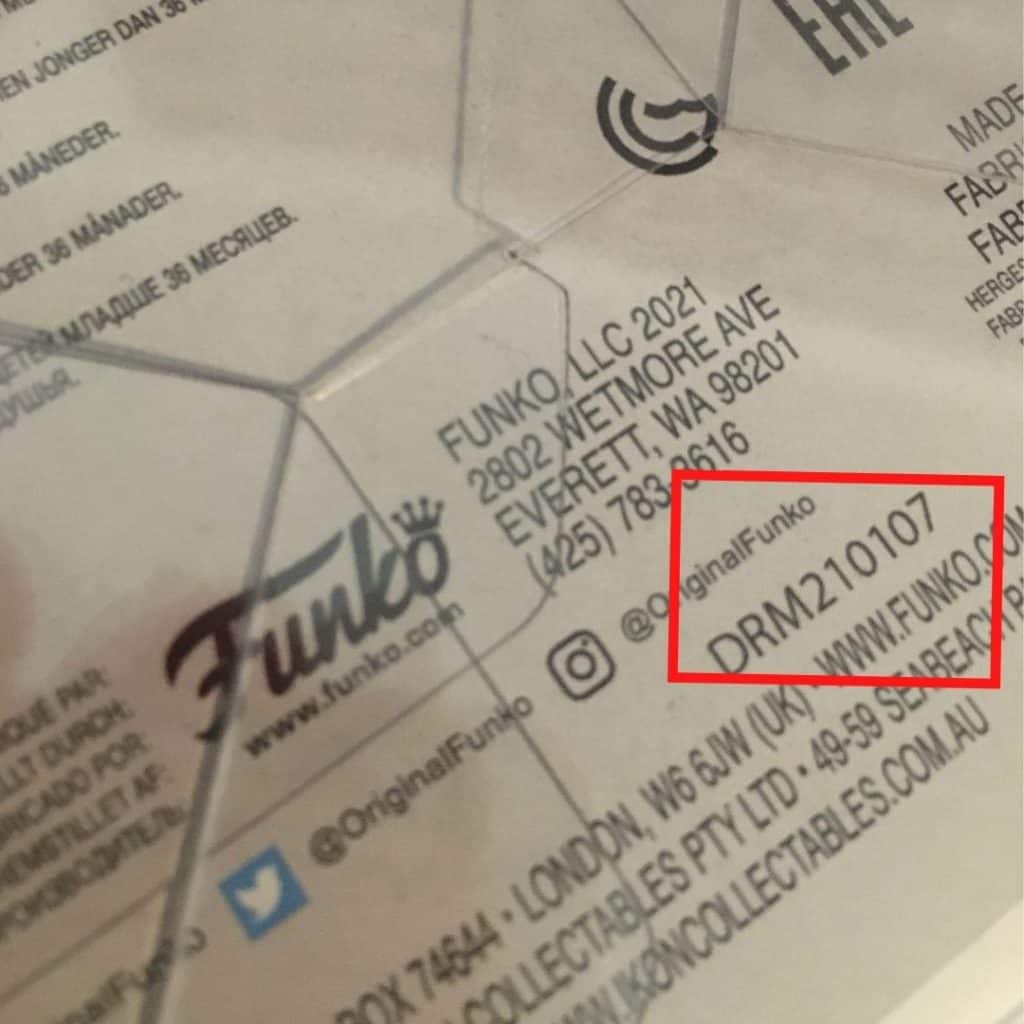 It allows you to check which release a Funko Pop is. It is critical information because Funko re-releases some of the Pops typically. They manufactured original Pops between 2010 and 2012, while re-releases came after 2015.

What the Numbers Mean to a Collector

As a collector, the Funko Pop numbers are very critical. It can tell you which pop is worth more and why that pop is worth so much. Also, you can get a better sense of why a character is more popular based on the number because you know it was produced before others.

While we can’t tell how many pops get produced with that number, we know how many pops have that number. Funko pops with the same number are a part of different pop vinyl lines, and the body’s design/mold is different.

Here are the benefits of the numbers to collectors:

If you have many Funko Pops, you know how hard it is to keep track of all the pops. While the funko numbering system helps you keep track, it’s not the ideal solution. We recommend using a funko pop tracking app to help you gauge the worth of your collection and keep them all accounted for in one place.

We also have a funko pop inventory tracker printable template we use as sometimes it’s easier to use pen & paper to keep track of all your pops. How to Put Funko Pops on a Car Dashboard